We’re all about the latest food trends, but this Hawaiian dish is far from new. Don’t get me wrong, when it comes to the “poke bowl”, it’s as fresh as the tropical breeze. Before we get into what this ancient Hawaiian dish is, let’s just understand that it is pronounced POK-eh, and not like “you poke someone’s eye out.” 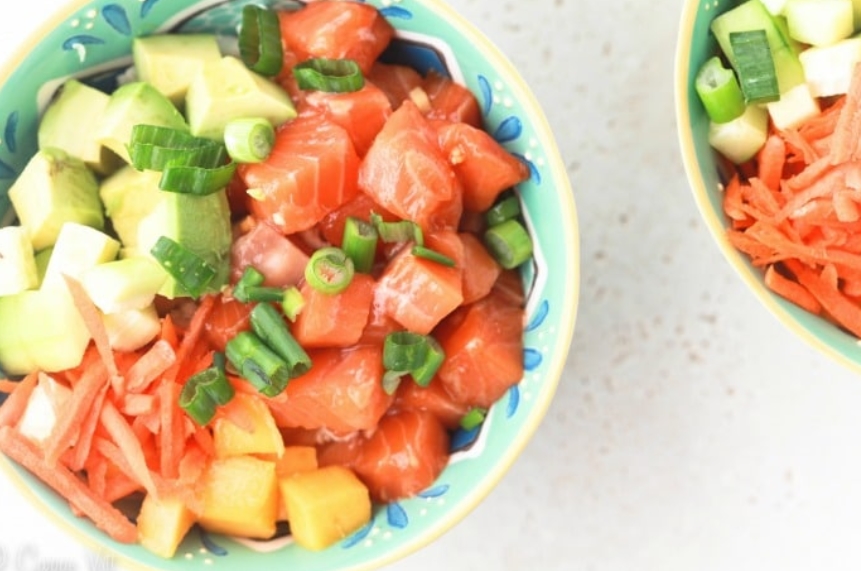 What Is A Poke Bowl?

What Is A Poke Bowl?

For those of you who are interested in the words, this is for you. ‘Poke’ means “to section” or “to cut up” in Hawaiian and I’ll explain why. And ‘bowl’ means… wait a second, that’s an English word. A poke bowl is a dish that has hot rice, cut up raw fish, an array of vegetables and legumes which can be both fresh and cooked, topped with a variety of sauces.

How Did It Come About?

Traditionally, Hawaiian fisherman would season the off-cuts of fish that they caught, and snack on them during the time they were catching the sea’s inhabitants. Their intention was not actually to turn these off-cuts into meals, they were just snacks. Over the years poke became a big part of Japanese and other Asian cuisines which took on their influences too. 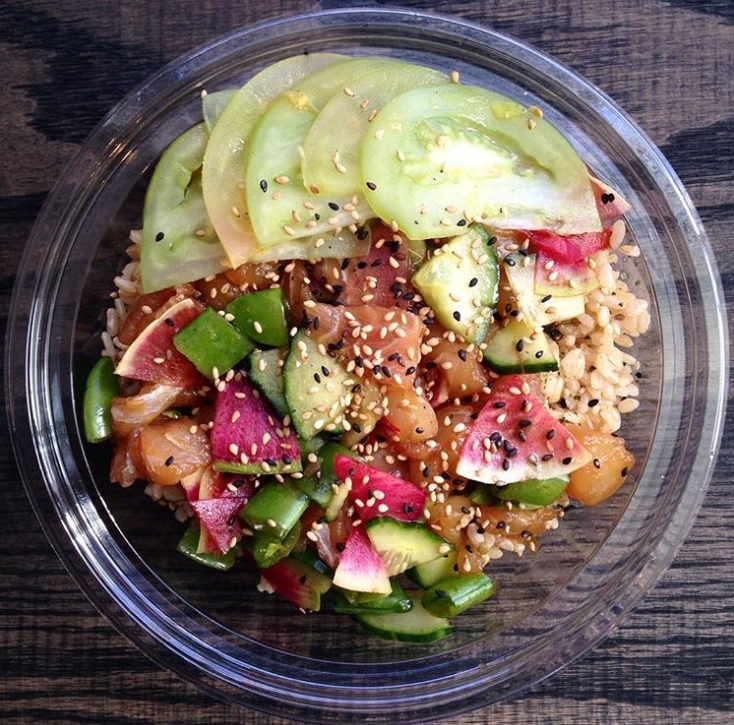 The poke bowl comes like a deconstructed sushi salad if you will (my creative wife’s interpretation). Not only does it look gorgeous, it is carefully packed like all four seasons in food form. First comes the HOT rice, then cubes of COLD raw tuna, octopus or other fish that have been gutted, skinned and deboned. Following the fish, you can add vegetables like avocado, corn, and chili peppers, you can add soy beans, seaweed, pineapple and sprouts, among endless other ingredients. You can pretty much throw anything into it. When it comes to topping it all off, you can mix a symphony of sauces from sweet and sour to a special wasabi mayonnaise that you’ll fall in love with.

Why Do We Love It?

We love the poke bowl because it is so friggin’ healthy and delicious! It’s not always a given to have those two together. What stood out most for me was the unexpected meeting of the two different temperatures. The rice was hot and the fish and toppings were cold which made my brain feel like it was under attack… only in the best way possible. The mix of flavors (emphasis on the wasabi mayo again) made me smile and chew simultaneously. I didn’t know I could do that. 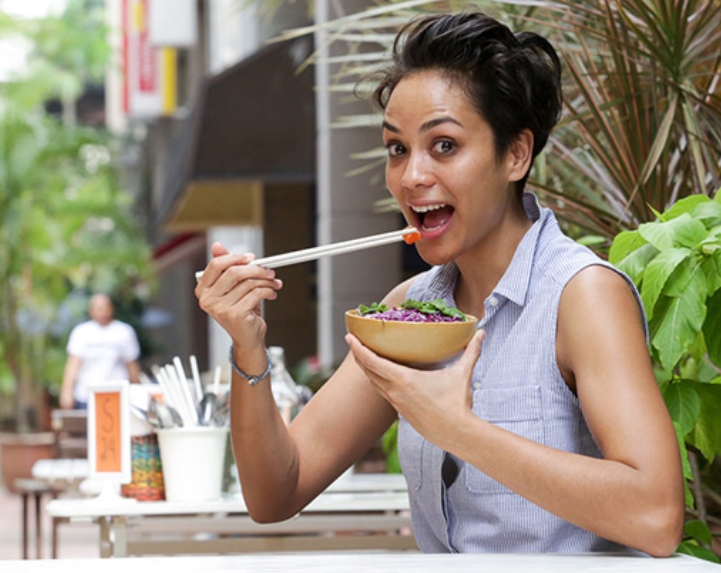 Why Do We Love It?

What Do You Think?